It has been hard for me to get this latest update posted.  Not because of bad news, but because we have all just been so exhausted.  Things are winding down somewhat now, but we won't know for quite a while if it is a conclusion or merely a respite.  It has been a long, emotional, difficult year, but with the support and prayers of so many of you, it has been a journey we were able to make to this point without falling apart.  I frequently remembered this needed to be updated, but could not work up enough emotional energy to sit down and type it out until now.  Please accept my apologies for taking so long to get to this.

Our last post was about Mark heading into Round 6 with things looking pretty good.  And true to hopes and expectations, he made it through #6 pretty well.  However after chemo was over, he hit a frustrating bump in the road where he once again tested positive for C Diff, and also was hospitalized for a new infection: MSSA. 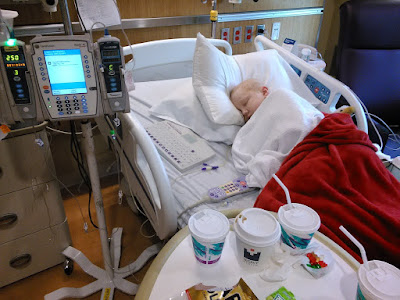 You may have heard of MSRA (Methicillin-resistant Staphylococcus aureus), the better-known and more dangerous brother of MSSA, but with MSSA the R for Resistant is replaced with S for Susceptible.  The symptoms are no fun, he had a high fever that took longer to clear up, mouth sores, serious swelling of his face, and a variety of other problems that kept him admitted for about a week, and he was visibly tired when finally released.  But as the S for Susceptible states, this infection was susceptible to the antibiotic Methicillin and treatment was able to fight it off.  Mark was on heavy treatments at home for a long time, including IV administration of antibiotics, it was pretty rough.

Following treatment, Mark's NG tube had a problem and we removed it.  Staff wanted it back right away if Mark wasn't able to put on weight, and Mark wanted to keep it out as well.  For a couple of weeks he was able to just barely make the grade to keep it out, but it was a struggle, and at one check in he had lost weight again, so the tube was put back in.  Mark was not thrilled about it, but I think he reached the point of resignation and relief, that he would not have to try so hard to eat.  We only run it at night, so he doesn't have to lug the pump around by day, and it seems to be working well.  His energy level has rebounded dramatically since the end of chemo.

Now we begin the recovery and rehab phase.  Mark is still underweight, having lost so much muscle mass while laid up for almost a year, and his coordination is hampered by both the inactivity as well as the chemo and radiation, but he is back to dressing himself, and it was a big day when he tied his own shoes again.  He doesn't seem to have lost his touch at video games much, and they are sort of good for his fine motor control of hands and fingers.  He used to appear frail, stooped, and had some tremors when standing, but now he stands up straight, alert, and firm.  He has to be careful when navigating hazards on the floor, but the days of a walker or wheelchair are well behind him.

Last week we were privileged to be granted a stay at the Alexandra Ellis Caring Cabin, a peaceful and well-hidden retreat residence on the Oregon Coast just outside of Pacific City.  It has a separate activity building for the kids with pool and air hockey as well as a couch and entertainment center, and lots of toys, and it also has a bedroom above it.  The main house is a gorgeous getaway with high ceilings and lots of windows, which overlooks a small private lake outfitted with kayaks and canoes.  It has a master bedroom, a guest bedroom also cross-outfitted for families taking care of infants, and a brightly-colored children's room complete with a high loft and additional beds.  The game room in the house is loaded with all varieties of books and games, more than you could possibly get to in months.  We were able to bring several of Mark's friends along with us for the stay, and a lot of wonderful memories were made.  If you are searching for a good charity or cause to support, may I recommend this facility, operated through the Childrens Cancer Association, as a strong candidate?  Being able to stay there and take a break from everything was an absolute Godsend. 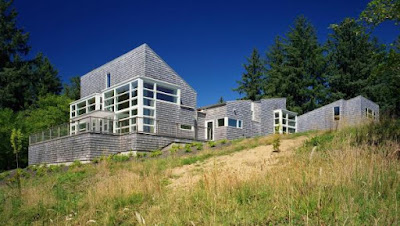 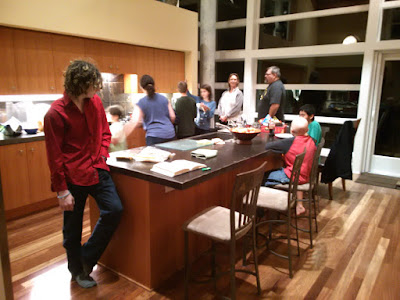 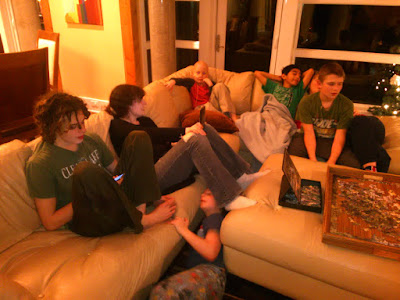 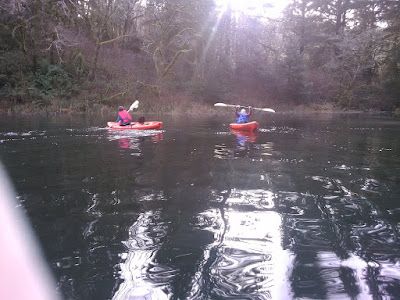 When you arrive at the Caring Cabin, just inside the entry you find two river stones engraved with your child's name and the current year.  You get to take one home, but the other you are supposed to place on the property, in a visible location along the path from the house to the lake.  Walking this path and seeing the memory stones is a very powerful experience.  You think about all of the trauma and trials you've gone through with your family and see that you are far from alone.  You can't help but wonder about each of the heart-wrenching stories of despair and tales of miracles, with everything in between, that each stone represents.  As you look upon each child's name, you wonder if they survived, or if this stone represents one of their final wonderful memories.  I've put down a few words to try to describe it, but no words could ever equal the experience, so I will leave you with these images... I encourage you to click upon some of them to see them full size.  God bless, and thanks for all your continued prayers and support. 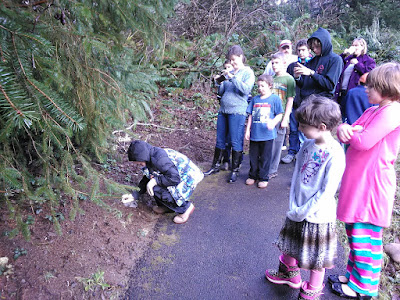 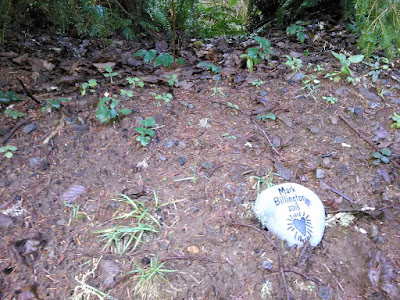 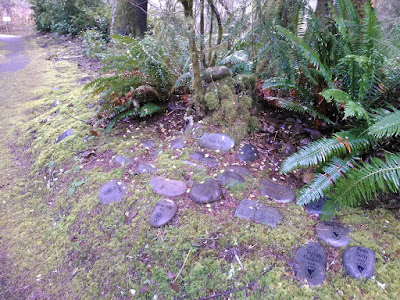 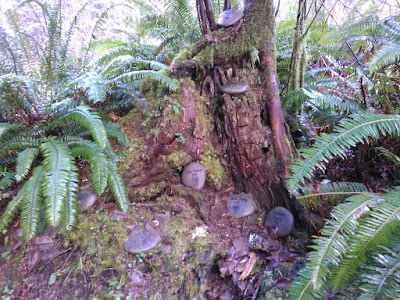 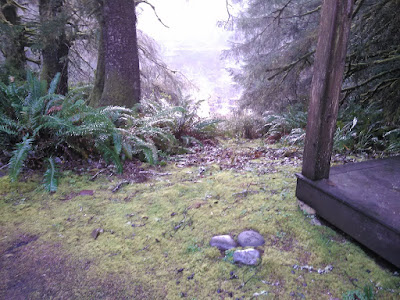 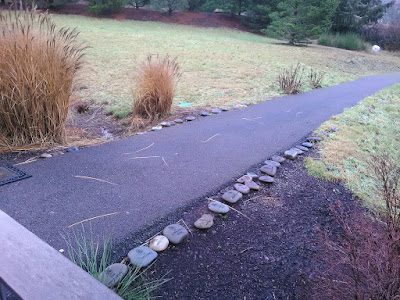 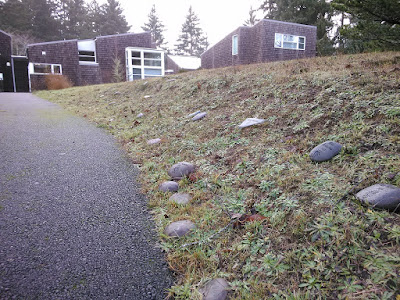 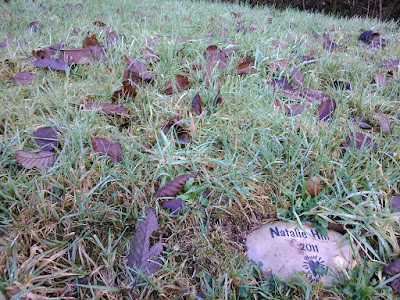 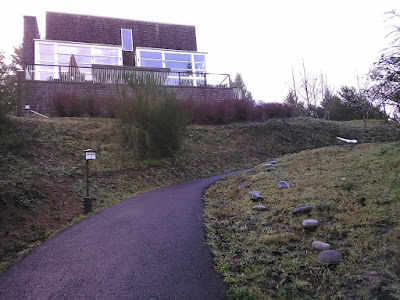 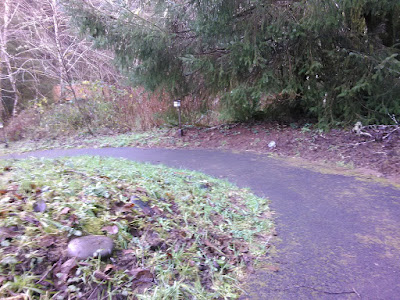 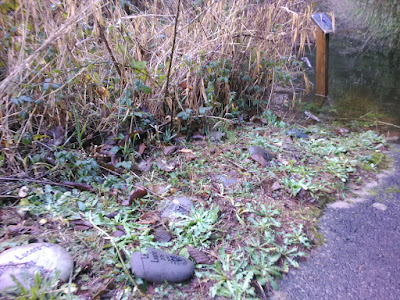 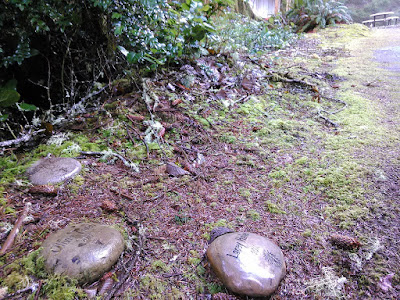 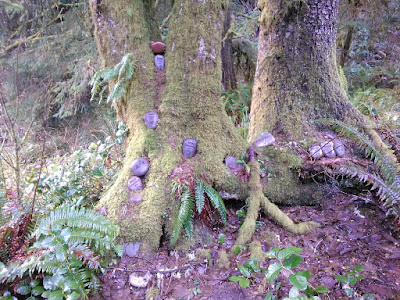 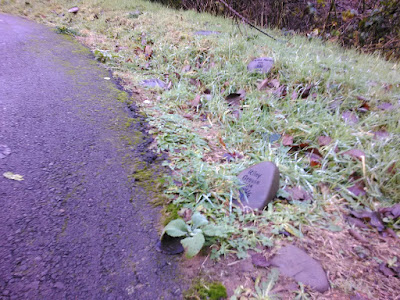